+/- {Plus/Minus} was conceived way back in 1999 as a solo vehicle for James Baluyut while playing with Versus. Shortly thereafter +/- {Plus/Minus} bloomed into a full-fledged band, flanked by Versus bandmate Patrick Ramos and drummer Chris Deaner. They released their debut LP, Self-Titled Long Playing Debut Album, essentially a solo Baluyut effort, back in 2002 on Teen-Beat. You Are Here followed in 2003, expanding upon the debut’s sonic palette with a full-band dynamic, which continued on 2006’s Let’s Build a Fire, 2008’s Xs on Your Eyes, and 2014’s Jumping the Tracks.

Now five years later, without an edict of a definitive deadline for an LP, +/- {Plus/Minus}, while as creatively fecund as ever, have decided to go the route of a series of EP releases, planned biannually. They’ve begun in a similar fashion as they did in 2002 with the title rather pragmatically, and tongue and cheek, referencing Self-Titled Long Playing Debut Album. This rebirth is simply called Summer 2019 : Extended Play.

“I've always enjoyed EPs as they're easy to digest at four to five songs. But it's not like you can't express anything in that amount of time,” says Baluyut. “The shorter running time helps you concentrate on the music, both as a creator and as a listener. Some of my favorite records are EPs. Watery, Domestic [Pavement], Half Life [Pale Saints], Glider [My Bloody Valentine], Celebrate the New Dark Age [Polvo], Today Forever [Ride], Eureka [The Grifters] - in fact those EPs might be my favorite things any of those bands put out.”

“I'm of the mind, and this is only me [saying this], that the album form is essentially dead,” says Deaner. “Crafting songs and placing them next to each other is still important, but the need to care about the ‘size’ of that offering no longer matters. Listeners just need to be able to get it quickly and ubiquitously.”

Without the pressure to release a defining statement LP, they’ve crafted an understated, epicurean gem in Summer 2019--a beauty of a record that dazzles in its casual yet refined songcraft. The schizophrenic, off-kilter stutter of “You are One,” betrays Baluyut’s love of the aforementioned Polvo before metamorphosing on a dime into a miasmatic fireworks display, a waterfall of melodic ebullience. It gives way to the Ramos sung “Driving Aimlessly,” a kiss-the-sky, early U2-esque anthem in which he announces with hubris, “You don’t know me from a hole in the wall.” This glacially bends into an unexpected nod to The Beach Boys, as his mundane plea of “Don’t let me down” is rendered emotionally devastating and rife with pathos, given its context--it’s addled by sun-drenched electronic accoutrements folding in on themselves, looping endlessly, evocative of the sublime grandeur of “Good Vibrations” in its pure symphonic glory.

This is still a stunning collection of pop songs with the +/- {Plus/Minus} trademark emblazoned on them—polyrhythmic percussion, gorgeous harmonies, and their innate knack for writing a killer hook. Baluyut’s torque driven “Drawn Into the Sun” has these qualities in spades, forceful with melody reigning supreme, a rock song with deep emotional resonance, seemingly slowing down even as the tempo quickens. The Ramos-sung “Sugarcane (Redux)” is a slow-motion, ethereal ballad, piano ripples undergirding his nonjudgmental assessment, “You knew you’d cause a landslide/ For your sugarcane,” perhaps the most directly vulnerable moment in the entire +/- {Plus/Minus} catalog. “Safe Harbor” closes the album in an impressionistic manner, with ascetic washes of white noise obscuring heavily processed vocals, lending the track an anomic detachment, as bursts and blooms of percussion cut in and out. It’s like a radio’s being abruptly detuned, and may leave listeners checking the cables on their stereos. It’s also exactly the type of track that may well have been left as an “experiment that didn’t fit” on a proper LP. But in maintaining the band’s “anything’s game” EP dictum, it fits like a glove here.

Baluyut is circumspect while parsing his words regarding the band’s place in 2019. But his ambivalence betrays a resigned dignity of sorts. “I do think that, like any aging band that hasn't broken through to vast untold millions, we make music for ourselves, and I guess for our diehard fans,” he says. “Yet, in another way, we were kind of always doing that; odd-time signature pop isn't exactly flying off the shelves in any era. But now, we're sort of free to be weirder - which is funny because I'm not sure that we're getting weirder. I do think we're exploring space a bit more. This EP has more space than anything we've done. Space is the place.”

The band plans on releasing an EP biannually from here until??? They’re in agreement that laboring over an album for years in an attention-span challenged and oversaturated musical climate that favors the flavor of the month and easily digestible MP3 singles over a definitive mood piece isn’t the place they want to be. So if that place is giving them ample space to maximize their creativity, they’ve certainly found a compromise. Songwriting still reigns supreme, as it always has with +/- {Plus/Minus}, and this EP isn’t a departure from that ethos. It is a reframing of milieu, both for the band, and they hope the listener as well, as they seek to carve out their own niche in an era of sheer sonic inundation. Follow them and you might be surprised at what you’ve been missing for the past six years. This is both a welcome return, and a vociferous restatement of purpose, while assuring unexpected and greater things to come. 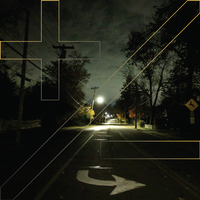