"The most punk rock dance party in the world" - Alternative Press

PEGASUSES-XL: 2006-2010: When Joel Hatstat quit his band (Cinemechanica), quit his job (The Georgia Theatre, burned down as of a year and change ago), and started dabbling in psychedelics, Pegasuses-XL was the natural result. Joel approached friends and fellow Athens, Georgia musicians Jeff Tobias (We Versus the Shark, Dark Meat) and Mark Dale (Disband) with the concept of a digital power trio: two heavily distorted synths and a drummer. Seeking to reject restrictive genres and rules, the band embraced a kitchen-sink aesthetic from the get-go. The trio self-produced three DIY CD-Rs of sample-strewn, punk-influenced, vaguely science fiction-fixated, willfully oddball, major-key aggressive music over the course of two years. Keeping things open and unburdened by stress, the band recorded where it could (bedrooms, warehouses) and enjoyed modest local acclaim. Then things took a turn.

In June of 2007, Joel moved into the home studio of producer Andy Baker (Shannon Wright, Maserati, Elf Power), housesitting while Andy spent time in Taiwan. After years of running the college town grind (two roommates, shitty job), Joel found himself alone in a house with a grand piano. As Pegasuses-XL were completing the summation of their drugs-and-house-shows period--the debut album "The Antiphon"--changes were gestating. Mark Dale left the band, who elected to continue with a rotating variety of drummers. Jeff Rosenstock, the singular mind behind anti-corporate indie-punk project Bomb the Music Industry!, moved to Athens and joined the band. Following a string of disastrous shows and meagerly attended tours, the trio of multi-instrumentalists retreated into the studio.

Without the deafening reverberations of close-quarters DIY shows to provide the setting and context, Pegasuses-XL unwittingly set about writing its "mature" opus. Joel turned to the piano and found a singing voice he didn't know he had. Suddenly, the band's quasi-futurist lyrical bent was turned on its head: it seemed as though the loneliness and frustration to be discovered in adulthood was as good as being lost in space. In contrast, Jeff Tobias contributed bare-bones electronic compositions he'd begun archiving while idling in college over five years prior. Jeff Rosenstock added dynamic and surprising instrumental touches to both sets of songs, in addition to turning in one poignant lead vocal performance ("See Ya"). After nearly finishing basic tracking, the band scrapped almost everything and enlisted Andy Baker, temporarily returned to the States, to produce a second version. Members of local bands including Dark Meat, We Versus the Shark, Cinemechanica, Marriage, Creepy, Deaf Judges were enlisted (because it wouldn't be an Athens album without a million guest spots).

"Psychic Entourage" is an album that carries the PXL flag of humor, unpredictability, and rhythmic focus, but also bears the weight of internal turmoil. Struggling to create something worth remembering while simultaneously carving out their place in the world, the band members found themselves on tumultuous footing. Ultimately the group collapsed and the album sat untouched for close to one year. Finally, this band, equally cherished and maligned, submitted their final album to Ernest Jenning Record Company for release. We think it's brilliant. 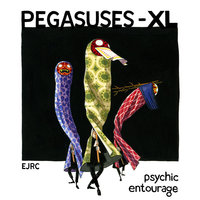 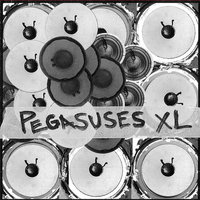 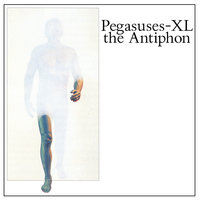