Nonconnah rose from the ashes. It may seem a tired image, but it couldn’t be more fitting for the husband-and-wife duo that is the experimental drone / noise project.

Once, they were Lost Trail. Primary soundsmith Zachary Corsa had to leave it behind. He watched himself become consumed by the project, sacrificing his relationships and health as he fell deeper into a seemingly defeating quest for his passion.

Thankfully, his wife Denny remained a constant, caring companion, and when they emerged from the other side, it was clear, if they were going to be able to keep making music, it’d have to be different.

Their first truly realized project under the new moniker, ‘Dead roses, digged up zombies, broken pieces of diamonds, live cats’, may seem a bit much at uninformed glance, but couldn’t have come from a truer place: it was taken from a friend’s young child describing what was in her heart, verbatim. The mixture of surprising, even jarring darkness and childlike adventurousness suited the music all too perfectly.

To develop a sprawling vision, Corsa called in just about every musically inclined friend in his contact list, leading to a truly exciting, collaborative process, in which every idea and voice blend into a gingerly arranged, unified whole.

Scott Cortez of Astrobite and Lovesliescrushing was a natural choice, as Corsa had already collaborated with him on a past project. They’d opened for Alyse Lamb, another natural, easy call. Perhaps the easiest, and most meaningful, request was put in with old friend CJ Boyd; the Corsas had played their very first show opening for him, years ago.

From there, the guest list grew more diverse and surprising, an almost absurdly impressive bevy of underrated musicians.

To give even the slightest idea, one must name more than a few: Kenneth William from White Lung, Lord Goldston, who’s played cello for none other than Nirvana, Greg Saunier of Deerhoof, Jim Schoenecker of Volcano Choir and Collections of Colonies of Bees, AJ Annunziata of Sannhet, Dan Friel of Upper Wilds (not to mention his own ambitious work), Dustin Wong formerly of Ponytail - need we really go on?

From there, collaborators continue to range from names you’d recognize (or, at least, names you might not from projects you most certainly will) and local friends from Memphis, the band’s adopted home.

Needless to say, a lot of love, from a lot of people, was poured into ‘Dead roses, digged up zombies, broken pieces of diamonds, live cats’, but ultimately, Zachary and Denny Corsa’s vision was its guiding light, informed and greatly affected by its guests, but fastened down and crafted into something cohesive under their watchful eyes.

Many, many people worked together for a long time to bring you something special, and Ernest Jenning Record Co. is proud to be releasing ‘Dead roses, digged up zombies, broken pieces of diamonds, live cats’ far and wide. 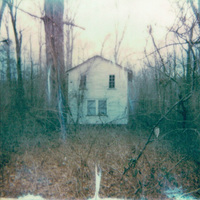 Nonconnah - Seek Not Your Fortune 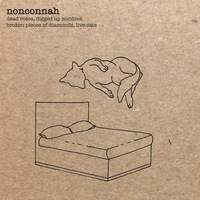