El Secondhand was born in the winter of 1997, and the band recorded its first 7", "Blood and Aphorisms", just a few weeks later. With members divided between Boston, MA and New Brunswick, NJ, practices were few and far between, but touring became an early priority and in their first couple of years the band had actually played far more shows than practices. (Which is hardly believable to anyone lucky enough to have seen these guys rip it up live!)

With some road experience and a handful of new songs, the band headed back into the studio in November of 98 with Alap Momin (Rye Coalition, The Van Pelt, Hellbender) manning the boards. These sessions brought out a much more hard-edged and aggressive side of the band, and the excellent production and artwork perfectly rounded out a 7-song EP that would amass critical and underground acclaim all over the country. The band embarked on a 43-date US tour to promote the record, and continued into the next year with a handful of regional tours throughout the East Coast and Midwest, including a well-received slot at 1999's Detroit Fest.

In January of 2000 the band hooked up with Tampa, FL's ADD Records, and after some more touring they again headed back into the studio in New Brunswick to record what would become the split EP with underground thrash-pop legends Doc Hopper. Included on El Secondhand's side of the split were a new original entitled "Things Fall Apart", and covers of Elvis Costello's "Oliver's Army", Buddy Holly's "True Love Ways", and a pair of Slayer tracks, "Behind the Crooked Cross" and "Mandatory Suicide". These recordings opened many eyes to the band's versatility and their talent for playing kick ass rock and roll with style that transcends the boundaries between punk and hardcore.
After another East Coast tour, a US tour, and a two-week slot opening for Brooklyn punk heroes De La Hoya, El Secondhand gives us their magnum opus. Crack and Divide is the culmination of over 2 years of songwriting and intense inter-band artistic warfare. Their 11-song debut full-length, this was recorded over two one-week sessions. The first was produced by Don Zientara (Q and Not U, Fugazi) at Washington DC's Inner Ear Studios. (These sessions were blessed from the start, as Fugazi shared the studio to master what would become The Argument!) The second session was held at Sweetwood Sound with Momin, who once again came through under extreme pressure to prove that it is possible to perfectly join professional production and home recording. Each song on the album runs into the next like chapters of your favorite novel, and the sound quality and lyrical content brings forth a band that has gracefully aged and matured into the perfect combination of noisy post punk and intricate melodic beauty. 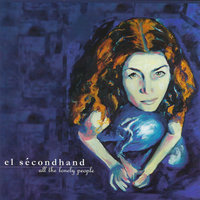 El Sécondhand - All The Lonely People 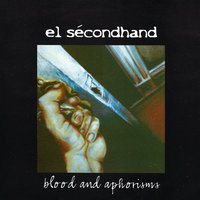 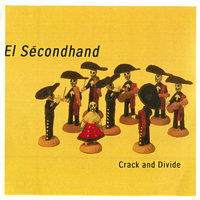