In Small Rooms is what is it says. It is a record that captures both the freedom and the frustrations of a chosen lifestyle. A tongue in cheek reference to the experiences of a band that has existed and flourished in the wilderness of the American underground for the better part of a decade and survived. With a serious evolution in their songwriting, and beautiful analog production courtesy of their friends at Athens, GA’s Epi-1 Ecosystem, Disband has created a record that is personal, political, reactionary and faithfully representative of their live sound.

For a hard working band from Chapel Hill / Greensboro, NC, it’s a major step forward that is undeniably influenced by the indie rock heyday of their native state in the early 90's along with heavy doses of Sonic Youth, Television, DC Punk, and 60's and 70's guitar rock. Frontman Greg Collins leads the charge with his share of impassioned views, and the backdrop is set by a melodically inclined rhythm section and some endlessly twisting guitar interplay (they like to call them “guitarmonies”).

Since 1996 Disband has been pounding out loud, loud noises on sub-par instruments, playing hundreds of shows, covering thousands of miles in an unruly van, and suffering through the throes of education and absence, all the while forging ahead in sharp contrast to their chosen moniker. 2005 saw the Ernest Jenning Record Co. release of At the Scene of the Accident, a split CD with Greensboro neighbors Kudzu Wish, and after some mighty acclaim led the band on a few well-received jaunts around the states, they finally found the time to deliver on a full-length record.
The 11 songs that make up In Small Rooms are the bands best. Some are timely and others are timeless, but the final product is a reminder of why we buy rock records to begin with, and it delivers on the promise of a band willing to make every track count. 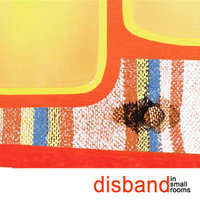 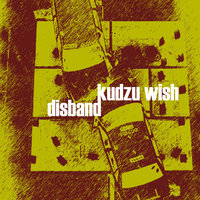 Disband / Kudzu Wish - At The Scene of the Accident