Its not just in your head anymore. Someone has finally tapped into the often-silent wail that fills the hearts of wistful rockers shredding on air guitars and pounding out the syncopations of their daydreams in messy bedrooms around the globe.

Skidding along the jagged ledge between King Crimson, Trans Am and AC/DC, Houston McCoy navigates through a world where guitar solos are sanctified and the future of music is loud and combative. This instrumental trio shirks the stigma attached to music without vocals. They balance heavy grooves with technical dissonance. They communicate the untellable with rock and roll thats both pure and complex.

And they do it with a smile.

HM came together in the summer of 2001, with members hailing from NY, NJ, and PA. Theyve since shared the stage with The Locust, Rye Coalition, Against Me!, Don Caballero, Vietnam, The National , 90 Day Men and many more.

In 2003, they retreated to Chumbuckets Recording Studio to lay down nine tracks of instrumental madness with engineer Brian Buccellato (Risk Relay). The result is their self-titled 2004 release, a record marked by hyperactive changes, anthemic guitar solos and the pretension-free rock you used to dream about before you got so jaded. In 2006 they once again appeared with the epic 7" The Pegasus.
In 2007, original HM members Clark Gensler and Neil McAneny parted ways with the band and the group became a 3 piece with Scott Bolasci (formerly of The Black Hollies) on drums. Now is the time for Houston McCoy to blindside the masses with their heavy brand of instrumental noise pop. Feel free to let it be the soundtrack to all your latest triumphs. 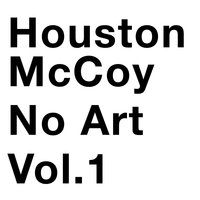 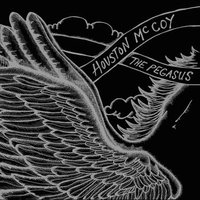 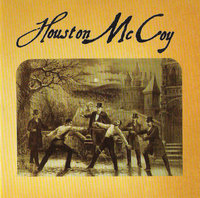