When we last left off with Dälek, they had released Absence, a dark and dirgy romp through hip-hop's underground that left countless listeners and critics in awe. However, while it would probably be a good career move to replicate that album's noisy charm, Dälek have once again reinvented themselves with their fourth and most accomplished full-length, Abandoned Language.

"We've been making wall of noise records for a long time and I think with Absence we realized that was as far as we wanted to go with that sound," dälek (the MC/producer) explains. "That sound was just so heavy and dense, but the new one is about composition and notes we are playing. The layering is still there, but the instrumentation is totally different." In fact, from the sinister strings in "Lynch" to old-school hip-hop flavor of "Isolated Stare" to the heady melodicism of "Tarnished", Abandoned Language is complex enough for fans of avant-noise, but accessible enough for mainstream hip-hop audiences.

In case you're unfamiliar with Dälek, here's a short version: dälek began MCing and Djing in the late-80s, the current incarnation of the group didn't exist until the mid-'90s when he brought co-producer Oktopus into the mix. Since then the duo have tirelessly toured and worked with countless other DJs and musicians to create some of the most challenging music in the underground. However, it was 2005's Ipecac Recordings Absence that brought them national press attention while confusing the hell out of people, eliciting comparisons to the X-ecutioners, whose DJ Rob Swift is featured prominently on Abandoned Language, My Bloody Valentine, Pink Floyd, Eric B and Rakim, Penderecki, and countless other disparate yet groundbreaking acts.

"This album is very deceiving," Dälek explains, likening Abandoned Language to a David Lynch film. "When you listen to it the first time, you kind of get into it for the melodic reasons, but the more you listen to it the more fucked up you realize it is," he continues, laughing. "I think a lot of people could get into it for the wrong reasons and not really realize what’s being said or what’s going on sonically or compositionally, and by the tenth listen you realize you’re sucked into this bizarre world, you know?" he explains, pausing for a second to collect his thoughts. "We want to embrace you with the sound and then suffocate you." 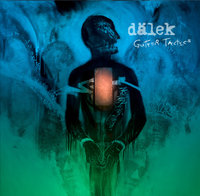 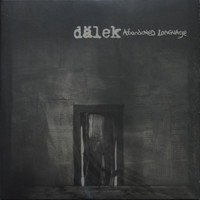