Poster Paints seamlessly meld together the glorious, 90s indie-pop tinged vocals of Carla J Easton (TeenCanteen, The Vaselines) with the rich shoegaze guitar of Simon Liddell (Frightened Rabbit, Olympic Swimmers, fusing together two burning talents who met initially through Carla’s work with The Vaselines. Think the grit of The Twilight Sad, the melodies of Teenage Fanclub, and the vocals of Camera Obscura’s Traceyanne Campbell, a combination so timeless that it feels as if Poster Paints should have existed for many years already.

About Carla J. Easton:
Carla J. Easton is an award nominated singer-songwriter, releasing 4 critically acclaimed albums, writing for Belle & Sebastian and BMX Bandits. Championed by BBC6 Music, she has performed at festivals across the UK and internationally (Pop Montreal, The Great Escape, Celtic Connections, Indiefjord and Pop Cologne) touring the UK with The Vaselines and Aidan Moffat.

In 2018, she released the SAY Award Shortlisted Impossible Stuff, produced by Howard Bilerman (Arcade Fire/Sea Power/Leonard Cohen) which featured singles that achieved Record of the Day, Guardian Track of the Week and BBC Scotland Single of the Week.

Her third album WEIRDO was released in 2020 via Olive Grove Records – a record that Bandcamp Daily described as “all volume needles buried in the red, glitter bursting from every chorus.” The Line of Best Fit praised its “maximalist” tendencies while hinting that Scotland has found its own answer to the pop titans Carly Rae Jepsen and Taylor Swift and Pitchfork called it “bubblegum pop [with] the scrappy glamour of a homemade theatrical production”.

About Simon Lidell:
Simon Liddell is a Glasgow based guitarist and composer. He was a member of the band Frightened Rabbit, touring internationally and releasing via Atlantic Records. Major festival performances (including Glastonbury / Lollapalooza / Pukkelpop), TV appearances (David Letterman / Conan O’Brien). Notable collaborations include Aaron Dessner (The National), Mike McCready (Pearl Jam), Julien Baker. He was a member of the Owl John side project, also on Atlantic. Prior to Frightened Rabbit, Simon wrote and released with Olympic Swimmers, and more recently, a live guitarist for Paws and Gretta Ray. Since 2018 he has also contributed music and sound design for various theatre productions which have toured domestically and internationally. 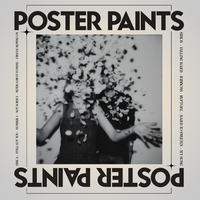 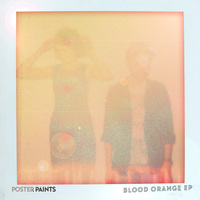